IRS in its recent issue (Issue Number: IR-2018-83) has highlighted that refunds worth $1 billion is still unclaimed for tax year 2014… here is the complete message from them. Read it here

Further to that IRS has also highlighted in its Tax Tips (Issue Number:    IRS Tax Tip 2018-53) for Getting Unclaimed 2014 Tax Refunds.

The IRS reminds taxpayers they may have money waiting for them. About 1 million taxpayers who did not file a 2014 federal income tax return have unclaimed tax refunds totaling about $1.1 billion. Here are some things taxpayers should know about these unclaimed refunds:

Tax Time, Need to report your personal and business income tax returns for the tax year 2017 by April 17th. If you’re not ready with your return and need additional time to prepare, then what are you waiting for? eFile Form 4868 (personal tax extension) and Form 7004 (business tax extension) to Push your Due Date from April 17 to October 15. Extension of time will get you more time to prepare your tax return, and will not extend the time to pay your tax bill. Act Fast and you have just couple of weeks now to claim Automatic Extension of Time. 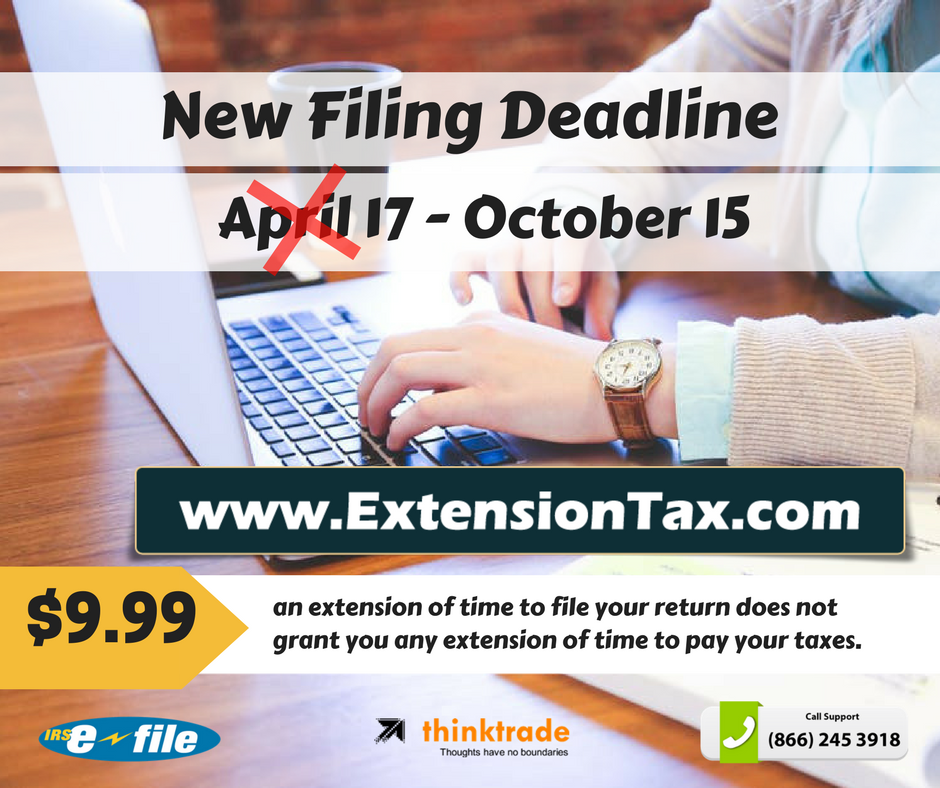